The Parable of the Push-ups P.S. This parable is expanded from actual events and has been replicated so many hundreds of times that it is hard to trace it back to the original. It has been traced back to at least 1991. A few years ago, writer and director Robert Hatch asked me to edit an original screenplay, inspired by these events, for a video titled Infinite Gift: What Does It Mean to You? I suggested that the young man doing the push-ups be named Joshua (coming from the Hebrew Yeshua, which translators eventually rendered as Jesus). The video is an extended discussion of the Savior's Atonement with a beautiful score by Merrill Jenson. To read about the video, click here.
Atonement of Jesus Christ donuts parable of the push-ups

Popular posts from this blog 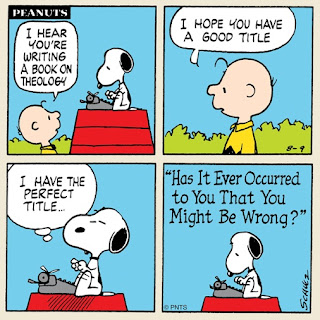 Religion is sometimes attacked as a source of ignorance and conflict. While, as human beings, all of us are subject to confirmation bias , perhaps the real danger is dogmatism, or the tendency to lay down principles as incontrovertibly true, without consideration of evidence or the opinions of others, especially when it leads to prejudice or violence. That condition may affect both the religious and the nonreligious. Militants in any ideology can become destructive. Is Snoopy being "dog”matic? As this article points out, people who dogmatically hold to any topic without being able to consider other perspectives "typically pay a high price for their dogmatism. Not only do they alienate many people, but they actually imprison their own egos inside their figurative fortress of conviction." The solution is keeping an open mind. Higher thinking allows us to see beyond simple black and white categories and to see the full, multicolored spectrum of human expe
Read more 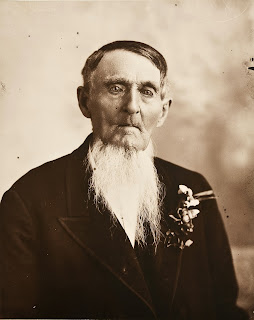 Figure  1 . Philo Dibble, who is buried in the Springville, Utah, Cemetery. Philo Dibble showed faith and courage throughout his life. He was an early convert to The Church of Jesus Christ of Latter-day Saints (nicknamed the Mormons) and a close friend to the Prophet Joseph Smith who recorded several miracles and important events in Church history in Ohio, Missouri, Illinois, and Utah. He was born in Peru, Massachusetts, on June 6, 1806. Marrying Celia Kent in 1829, the couple moved to the Kirtland, Ohio, area (three miles west of Chardon).  One fall morning in 1830,  while the twenty-four-year-old Philo stood by his gate, two neighbors asked if he had heard the news about four missionaries with a new book called the Book of Mormon. One of those missionaries claimed to have seen an angel. Though the men ridiculed the idea of angels visiting the earth, Philo thought that if an angel had appeared, he wanted to know about it. He and Celia went to investigate. The four m
Read more

Devan Jensen
Devan Jensen is the executive editor for the BYU Religious Studies Center. He previously served as the president of the Latter-day Saint Publishing and Media Association (ldspma.org). He has presented and published papers on Church history topics throughout the world. He enjoys cycling, singing, and performing magic tricks.